How to prevent major problems from arising during your construction project

If you have plans to build a house and are concerned about the possibility of problems arising during your project, read on to learn about some of the things you can do to reduce the chances of things going awry.

Only hire trained and experienced labourers

The labourers that you hire for your project will determine, at least in part, how complicated or simple the house-building process turns out to be. They will have a lot of important responsibilities; in addition to digging the trenches for your home's drainage system and laying the concrete for the foundation and floors of the property, they will also carry out jobs such as fitting the windows, and building and plastering the house's walls.

If your labourers are untrained and inexperienced, there could be disastrous consequences.  Their poor workmanship could affect the appearance, structural stability and functionality of the property, and may result in you having to have certain parts of the house re-built.  This, in turn, could drastically increase the cost and length of the building project.

Furthermore, labourers who have not received adequate training in health and safety will not know how to mitigate the risks associated with certain construction tasks (such as working at heights, using power tools, handling hazardous materials, etc.) This will greatly increase the chances of them making a potentially serious mistake which could lead to them or other people on the site being injured.

As such, if you want a stress-free construction project, it is vital to only hire fully trained labourers with plenty of industry experience. The best way to do this is to look for reputable labour hire companies in your local area; these type of businesses specialise in sourcing reliable, skilled labourers on behalf of their clients. Using their services could end up saving you a great deal of expense later down the line.

Poor communication between you and your construction team will almost certainly cause delays, misunderstandings and unnecessary complications throughout the course your building project.  As such, it is crucial to express any concerns or questions you have regarding the construction work promptly and politely.

Whilst issues such as the work falling behind schedule can be incredibly frustrating, it's important to realise that reacting to such problems in a combative manner will only serve to worsen the situation. If for instance, you use rude language when discussing this matter with your contractor, they will probably respond in a similarly hostile way. This could then escalate into an argument which could result in further delays.

As such, do your best to be as polite and unambiguous as possible when having discussions with your construction team.  When communicating with them via email or text, make sure to re-read your message to ensure that there is no room for alternative, potentially problematic interpretations of what you have written.  If you are upset about a problem that has arisen,  take a little bit of time to compose yourself before you approach your contractor to discuss the issue, so that you don't end up saying something unprofessional which you may later regret. For more information, talk to a professional like DSC Personnel. 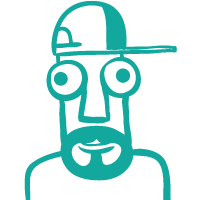 Welcome to my blog, my name is Blake and from now on, I will be writing a series of blogs which will deal with the process of finding and working with contractors when constructing a new building. I am not a construction specialist but last summer I gained a lot of experience in this area when I hired a team of 32 contractors to build a holiday home. When hiring contractors, it is important that you understand how to communicate with them and their ways of working. Below are a series of blogs which will help you to find the best contractors.